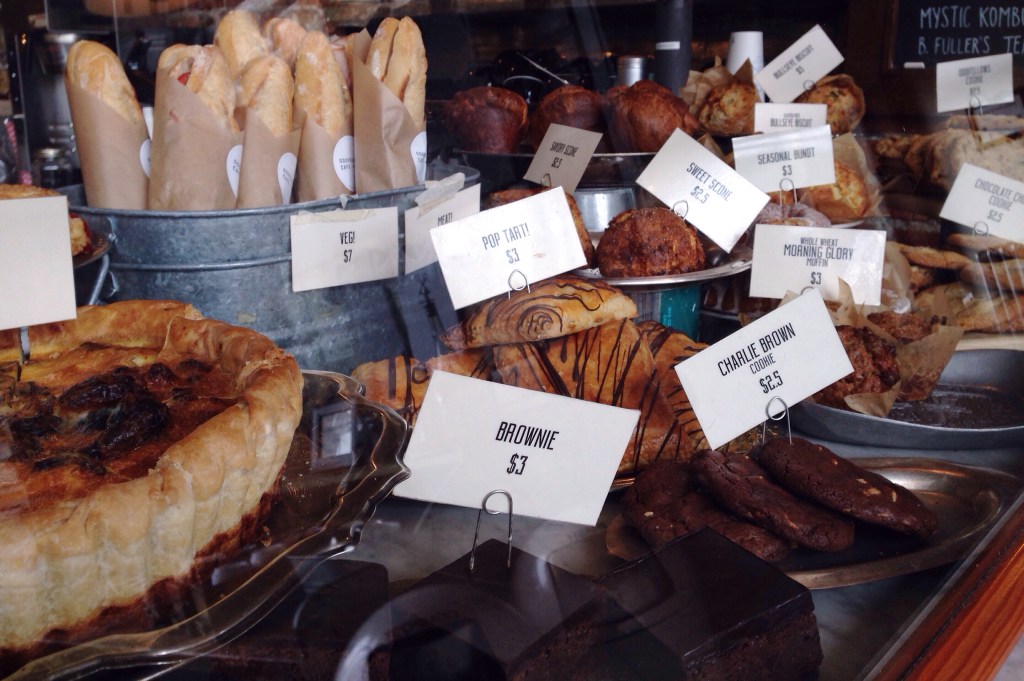 An open letter to anyone going through the phases of reintroducing foods after following an elimination diet.

So you’ve been on an elimination diet, and you’re finally ready to see what you can eat again. Congratulations, this is a big deal!! This means that you must feel AMAZING right now, especially compared to where you were before the start of your elimination protocol. You really deserve an award for sticking through something so difficult in pursuit of feeling better. Let’s not down play just how hard it is to remove certain foods from your life.

Eliminating food, is hard. I know, because I’ve been there. Let me say that getting to the reintroduction phase is an accomplishment. Reintroducing foods means healing has occurred within you, and naturally that’s a really great feeling. It can also however, breed a lot of anxiety when it comes to trying new foods that were temporarily “off limits”. It’s completely normal to feel a little scared about adding foods back into your system that could potentially make you feel unwell, perhaps even cause a flare if you have an autoimmune condition or instigate those painful headaches that you finally got rid of.

You may think this fear is even too great to even risk reintroducing foods, don’t let it be. When you’re going to reintroduce foods you want to be methodical about how you go about doing it, if you’re following a certain system, make sure that you follow the steps of reintroducing, like through the autoimmune protocol for example. There are outlined steps and a system that works when it comes to reintroducing foods and being aware of how they affect your body is hugely important in the process. This is essential to knowing what does and does not work for you right now. Perhaps it won’t be forever, but for right now some foods will and will not work in your individual system, and that is okay.

I followed the autoimmune protocol for a year, and then gradually went through the process of reintroducing foods back into my life to see if they were triggers for my body, or if they made me feel less than my best. I started with the small stuff, seed spices, coffee, chocolate, eggs and few other things. I did fine, in fact with each thing I learned something new about myself. I had quit coffee two years prior to following the protocol for other reasons, and I remembered how much I adored the experience of drinking coffee. Now I know, I tolerate it fine, but I already made the choice it’s not something that I wanted as a part of my daily routine.

Remember, this is the process, one of deep inquisition into your own body. You are a researcher collecting data. An observer with a mission to understanding how you can best support yourself in a the healthiest way possible, for you.

At this point, reintroduction was going great for me. I was intent and mindful about what I was doing, following the steps and making note of everything that I now recommend to other people and clients who often have questions for me. I was perfectly content with the foods that I had initially reintroduced. I mean eggs alone were basically the star of reintroductions, or as my Grandpa would call them, “hen fruit”. But of course, deep down I desired to be able to tolerate more foods in the future.

So here’s my plea to you, where I tell you to “do as I say, not as I did.” And I hope you will head my advice and understand the heavy heart I have in bearing my soul to you. I share all of this with you not for my sake, but in hopes that you don’t have to drudge down the same path that I did.

I had started to reintroduce these foods, and like I said, did fine. I previously had a blood test done to see what foods I definitely had an inflammatory reaction to, I wanted to know for certain if there were any foods that were affecting me internally which I perhaps had missed. This was a personal decision, that you will have to make for yourself. For me, it was insightful, and listed foods that I would have never expected, along with food dyes and some other things that I haven’t come in contact with for years. I was collecting data.

So here I was, with all this data, and I thought, “Wow now I have all this information, I bet I can go forward with more reintroductions.” Especially knowing that certain foods weren’t on this blood test to indicate a known bodily response. Here’s where I went wrong. What I wasn’t doing at this time, was fully listening to my body. I was solely consumed by the information on paper, which let me tell you, is not all knowing. So I started with various foods to reintroduce and try and continued eating the other foods I had already reintroduced, some in moderation and others, not so much. I became so excited by finally being able to have certain foods that I hadn’t had in a long time that the nostalgia inside of me for these foods took over. I didn’t actually miss most of these foods, but is was as if when they suddenly touched my taste buds I was reminded how amazing they are.

Truly, I felt possessed by the thoughts I was then having about these foods that I’d not had in over a year.

Things like nuts and certain seeds, even certain starchy vegetables, and dairy (hello, ghee!) and can you say spoonfuls of almond butter??

What I am saying is, I lost control. I lost control in an arena where control is the prerogative. The entire intent behind an elimination anything is that you are controlling the test and managing the variables. You are both the scientist and the experiment. Essentially, what this lead to for me was feeling depleted, not recognizing symptoms which were random, ones that I hadn’t  had before like runny and itchy nose, or tiny spouts of brain fog. These are all real affects of food intolerance.

So why am I “outing” myself to you, friend? It’s certainly is difficult for me to admit. Here I am, a person who has done a tremendous amount of healing in my life physically and spiritually, and my mission, purpose and drive comes greatly from helping other people (YOU) do the same. How could I let myself do this? There’s a lot of shame associated with food, what we eat and don’t eat.What I should have done, is be more gentle with myself. Taken things slowly, like I did the in the first phase, and tapped more into my body rather than relying solely on blood work. I catch myself saying in my head as I write this to you, “Gosh, you knew all of this, why don’t you follow your own advice?” And I realize, I’m human. Perfectly imperfect. As much as I hate that I struggled with this, I know that it’s only because I dealt with this I will better serve as a guide for those of you who struggle too.

The empath in me grows enormously each time I fail. And for the record, I will continue to fail in my life. This does not make me a failure, and friend, if like me, you’re struggling with this too, you are not a failure. Remember, you are collecting data, the information of your life, on how to best live to your fullest potential. Each times it feels as if you are failing, you are growing. Parts of you are expanding so you can be of better service to yourself, and to the world.

Do as I say, be gentle with yourself, take things slowly, listen to your body, take note of your thoughts, and be open to where you feel like you’re failing. Not as I did, by relying solely on information outside of myself, rushing into consuming foods too quickly, becoming overwhelmed by nostalgia with food, and feeling trapped by the shame of landing in this place.

You are healing, and that takes great strength on your part.

P.S. My favorite resources for reintroducing foods after an elimination diet:

Food Reintroductions After the Autoimmune Protocol

Reintroducing Food on the Autoimmune Protocol

Why One Round of AIP May Not Be Enough

Reintroductions Where I Stand

12 thoughts on “Do As I Say, Not As I Did: Food Reintroduction”